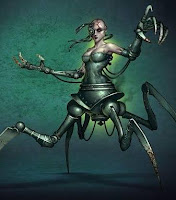 The M2e competitive season starts properly for me at Halifaux, an M2e event in Halifax on the 20th of October. A while back I started a thread on the Wyrd Boards to come up with a list of twenty models I wanted to have newly painted for M2e for use at the event. I've had a fair bit of time to think about this now and wanted to talk about it in more detail.

So firstly why twenty models?

Mostly because this represents a reasonable painting target by October, and I think I can pack everything I needed to compete into this space.

What surprised me was how interesting a mental exercise this has been in and of itself, and I'd encourage everyone to try it. It forces you to compare choices and prioritize in interesting ways. Do you want that extra hitter, or a utility piece? Do you overlap between crews more or separate them?

Based on playtime in beta and since I've had my hands on the M2e book I'm about ready with my list of twenty.  So after over three weeks thought here's my list of twenty (mostly) Arcanist models; 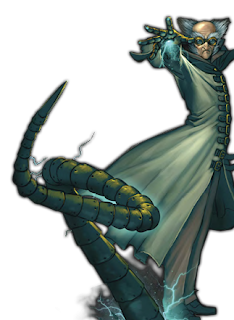 So that's my twenty models, two masters with 96ss of backup to take on the world with. There are still some choices in there that I'm not sure of, but that's to be expected at this stage.

I was always going to choose Ramos, he was my first real master when I started playing Malifaux, and it's great to see the old man looking competitive now. What I've realized playing a bit more M2e is that while the game looks to be a lot more balanced master to master there are still weak spots. Ramos is great at making spider chaff, but that chaff is a bit of a nightmare in Reckoning, where it give your opponents easy VP. While you can still win that strategy with old man Ramos he could do with some help there.

This is where Mei Feng comes in. She's a lot of fun and has good construct synergy, which makes the twenty model limit easier on me. More importantly though she has three things Ramos doesn't; exceptional board speed, and the ability to kill on her own, and Kang. Seriously Kang is amazing. This makes her great for Reckoning and covering Ramos' key weaknesses.

Going forward my default blog post, when I've nothing better to talk about, will be to go through these modes; what they're for, why I've chosen them over other options, and my thoughts on how to play them. I'm hoping at least some of these thoughts will be useful to non-Arcanist players as well.

Meanwhile I'd encourage you all to make your own list of twenty. Just to see what you really need to play Malifaux with. What would your first 20 M2e models in your chosen faction be? DM me your lists on the Wyrd Boards, or email them me; james <at> mythicfox <dot> com

I only recently got into Malifaux, starting a Mei Feng-Arcanists crew that looks very similar to what you have going on.

Looking forward to reading about what you're upto!

Thanks, and welcome to Malifaux! Good to see more people taking up the game. Mei's a great deal of fun and I wish you all the best with her.