I'm back from SmogCon, alive. It's been a great weekend and I wanted to start by thanking all the people who made it possible, especially; Mike, Conrad, Lee and Matt. Without there guys the event wouldn't have been half the success it was.  I also wanted to thank my opponents and everyone who stopped by to say hello over the weekend, it was really great to meet you all.

For those who don't know SmogCon is a mini convention run over three days, and this year it hosted a significant number of Malifaux events including; story encounter, ranked tournament, random doubles, and a starter box tournament.

There are a number of important (and not so important) things to cover from the weekend. So I'm going to skip the blow-by-blow from my perspective and focus on the key points I want to cover. 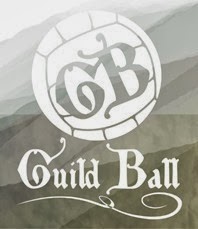 There were demos of the new medieval fantasy football (soccer) miniatures game Guildball. Its Kickstarter launched on Friday and was funded in under twenty-four hours.

I got a demo of the game with it's creators at the Con and was very impressed with it.  It flowed brilliantly and had a real depth of play. There of lots of key action and resource management decisions built in.  I can really see this making a great tourney game in the future.

Also I can't stress enough that it's NOT a Bloodbowl clone, unlike so many fantasy sports games we see. GB is it's own entity and even playing with card cutouts in the demo the world it was set in felt rich and deep. I can only imagine how cool it will be once it's played with painted teams and terrain. I can see this game surpassing Bloodbowl, and that's not something I say lightly.

So if you love Malifaux I'd recommend taking a look at Guild Ball. The game gripped me so much I've backed the KS, which is a first for me. I've never found a game I was willing to pay for before it's release but this is exceptional start to a promising new game..

New hotness aside it's time to dig back into my true gaming love, Malifaux... 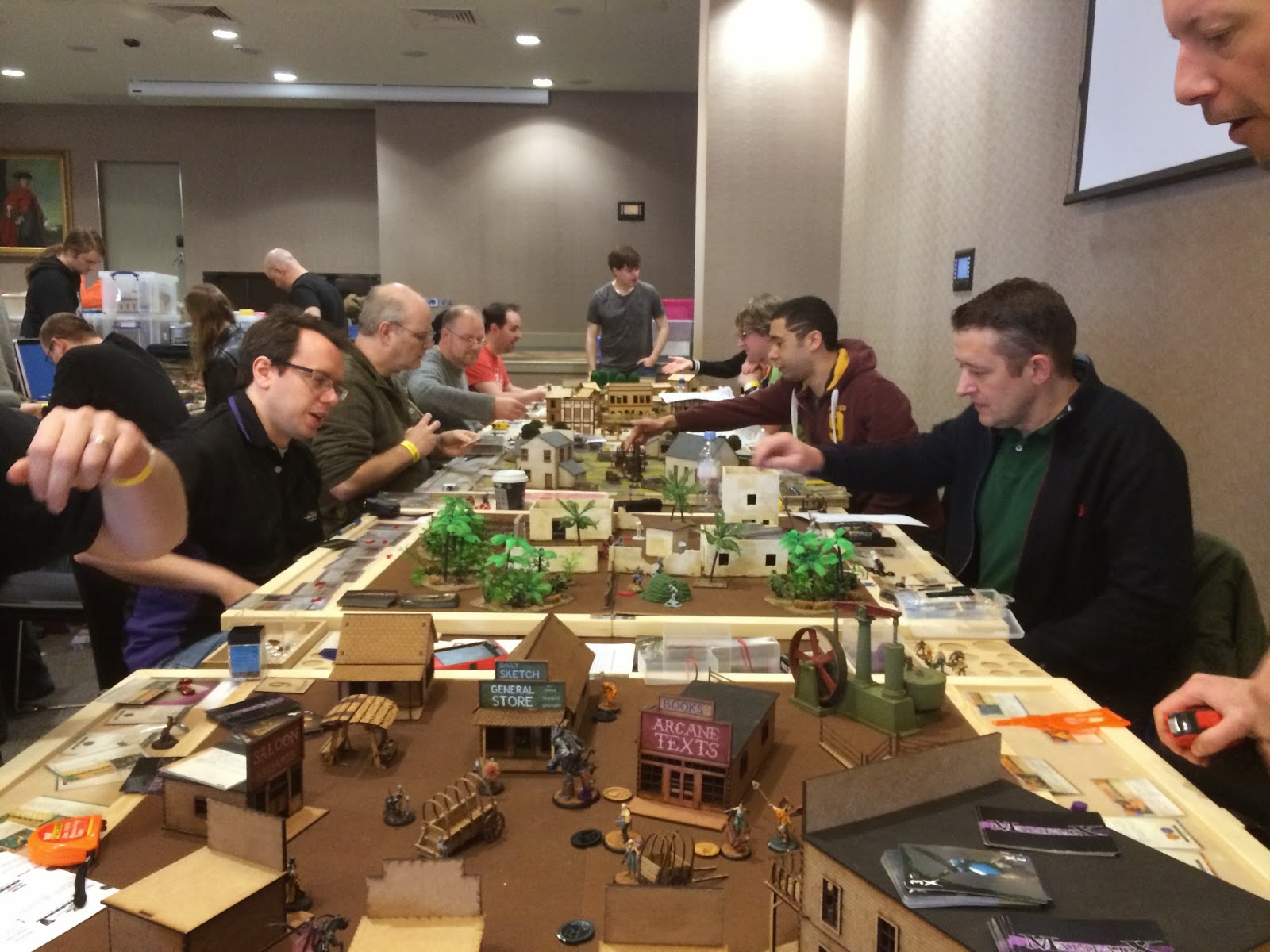 The main event of the weekend was a 50ss, five round, fixed faction tournament. It's prominent as it's first major event in the UK to use non-Standard deployment types, as per the new Gaining Grounds.

These present some really interesting new tactical challenges; for example Power Ritual becomes quite a different scheme in corner deployment. This provides even more depth and re-playability to event play. So I'm glad to see these being adopted into the scene and hope we see them become the norm going forward.

As Justin outed me on a recent Malifools episode I should declare an interest here. I was privileged to be close to the development of the new version of Gaining Grounds. Something my fellow players abused me for mercilessly whilst cutting my deck.

Another thing that marked the main event out was it was scored using; Tournament Points, Total VP and finally VP Differential. The use of total VP scored ahead of VP Differential in the scoring is the reverse of the UK (and GG) norm, where events are scored; TP, Diff, then VP.

While this in no way compromised the event it did reinforce for me that the way we normally do it is better. There were several instances where I could easily have given my opponents extra VP in game with no detriment to myself. This created opportunities to let players gain unnatural advantages.

The best example was in a game I lost to my club-mate Ant Hoult. It would have been easy for us to have the game end 9-10 and we would have both been better off for it.  Obviously we played properly and I lost 4-8, but the risk of this system remains.

The 7th Faction and Wave Two

Speaking of my club mate Ant, he won the main event, so congratulations to him. One of the main stories of the event however was the third place finish for Rob Smith with Gremlins. This marked a significant podium for the 7th faction.  Gremlin players have taken some lighthearted abuse for 'not being a proper faction'.  This podium may mark the tide turning. I'll be keeping an eye on the bayou.

The weekend also marked the start of Wave Two in competitive play. I encountered Kirai, Dreamer and Lucius during the weekend, as well as other W2 choices here and there.  Molly, Collette, and Wong also saw play so it's safe to say the full selection of models have now landed.  It's to soon to make meta and power level call but I'm looking forward to seeing how these shape up. 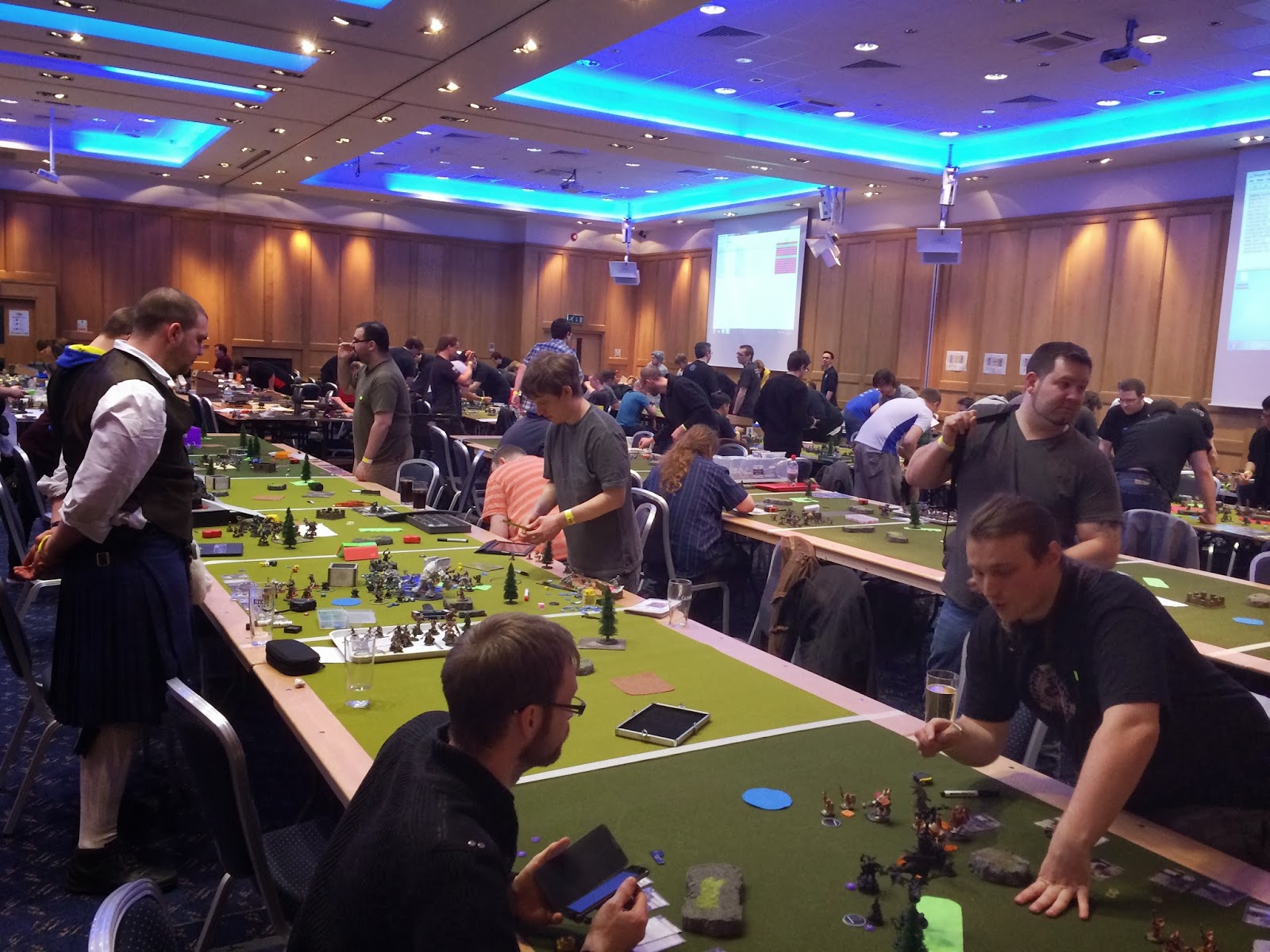 The Con itself is a primarily a Hordes Warmachine event and at times this was very evident. There were no Malifaux appropriate tables in the SmogPit (open play area) and the staff there seemed to have little idea what a Malifaux was. I heard tell an event I didn't attend had to be run by one of the players as the pit-staff didn't know what was happening.

This was a little disappointing and I'm hoping when I go to SmogCon next year that Malifaux feels more integrated and less tacked on. That being said I am planning to go back so it isn't a deal breaker.

So that's a very condensed write up of three days at SmogCon. I'm already looking forward to next year. Onward and upward!