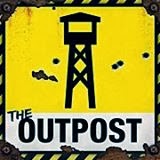 Quick post following last week's Rumble Under the Gaslight II tournament (aka JimmyFaux2). This was held at a great local store an hour south of me in Sheffield; The Outpost.  For a local event the venue was certainly packed, 32 players played shoulder to shoulder over three rounds.

At three rounds a 32 player 40ss event will always have a higher level of randomness in the final standings than normal. Top players may not clash due to the breadth of the field, and smaller games make it hard to build a crew against adverse scheme pools and masters at the same time.

My hopes of the podium were dented with the round one pairings. I was matched up against UK Masters runner up Greg Piskosz, which is the game I want to quickly touch on. My Ramos was facing his had Jack Daw, playing Turf War with; Distract, Assassinate, Vendetta, and Deliver the Message.

Early on turn three I delivered the message (unannounced) for 2VP, and Greg was limited to 2VP on Vendetta, both our crews were engaged in the Turf War zone and highly distracted. We looked at each other and shook hands for a 9-9 draw, four activations into turn three.

I like the fact we've reached a point in Malifaux where players can read a situation and know the outcome of the game. This speaks of a maturity in the game and a positive state for competitive play.

I managed to win my next two games, and ended the event in fourth, behind a podium of players on three of three wins. Congratulations to them.

Final Standings included another Gremlin podium, in this case for newcomer JP Stubbings. It's good to see we're starting to see a mix of factions doing well at events which points to a good level of balance in the meta at the moment.

Fourth still nets me just over ninety rankings points, which as the year progresses is a result well worth having. For those who haven't seen the UK's Malifaux rankings have moved from RHQ to a new site; www.malifauxrankings.com

My thanks to the guys who made that possible.