I managed my first ToMB game with with Kaeris, a narrow 6-5 victory against VASSAL newcomer JRoss' Seamus crew. The game itself was fairly standard, I did find Kaeris plays a little differently to the way I was expecting though. I'll share more cogent thoughts after my second game with her.

What I wanted to quickly touch on was playing with an un-tuned list. My normal 40ss Ramos list will draw on beasts, mercenaries and the contents of four different purchased items in order to fill out the 40ss of the crew. Where as my current Kaeris list draws from only two purchases, the box set and a Soulstone Miner;

This forces my Fire Gamin to cover a lot of bases. They need to run objectives and prop up my Gunsmiths in the damage dealing department.  The ability to truly tune a list is one of the primary advantages you gain as your Malifaux collection grows.  You'll see very few top crews with more than one type of model duplicated in their list. Even then it's rare to see three of anything deployed at the start of the game. 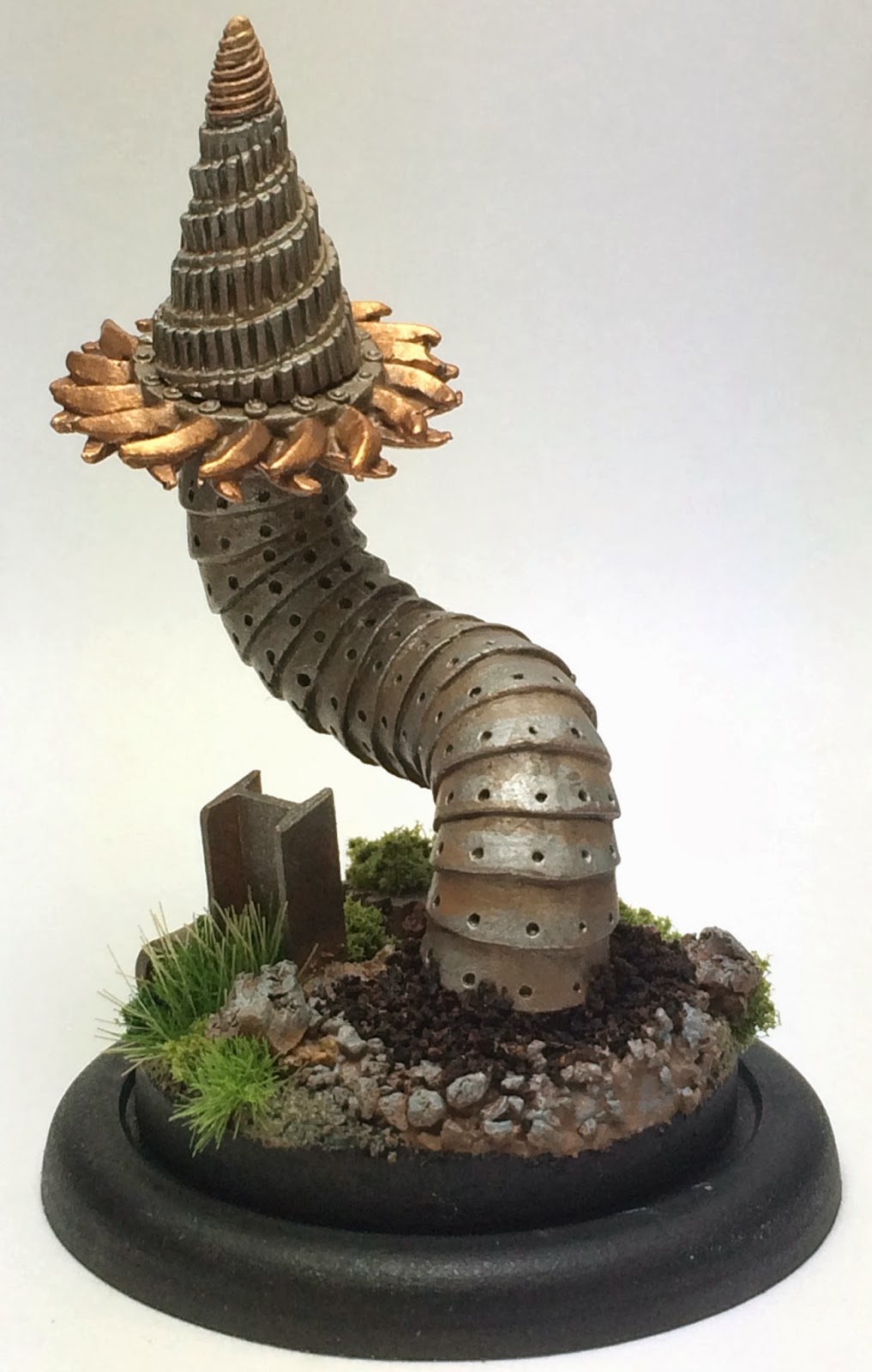 I think this is largely because it's important to have breadth of options in game. Having two of a model means you're not taking something which gives you more options 'in play', it just gives you the same options twice.

While he who has the most models wont always win choice is definitely an advantage in this game.

That being said a smaller collection does force you to learn to get the most out of each of your models. So you should be able to use them a little more effectively than someone who plays from a much wider base of models.

I'm looking forward to some more play time with Kaeris and sharing my thoughts. Meanwhile however I'm getting the final prep and painting done ahead of the mighty SmogCon this weekend.
Posted by mythicFOX at 06:30

Hi, I've just started playing Malifaux, and bought the Kaeris starter, so will be following this with interest.

I was wondering, though, looking at your crew list, why did you choose the Blinding Flame upgrade, and not Grab And Drop?

In the two games I've played the layout of the terrain made the 50mm Pyre markers very useful to me, so I took those over Grab and Drop.

Going forward I expect GaD to be the more generally effective choice.

I'll be interested to hear your thoughts as you get going with Kaeris as well.

I realised, after posting, that you can't do what I was thinking of (Born of Fire, Purifying Fire, and Grab and Drop) anyway, as PF and G&D are both Limited.

So, yeah, going with BoF, BF and either G&D or PF depending on terrain, strategy, scheme, and crew list makes sense.

I've only played a couple of intro games thus far (first one pretty much covered nothing but movement, duels, and actions, second one added a strategy and an upgrade - hope to have a 'full' 30ss game this coming week).

But I'm already thinking about how to add to the starter set moving forwards.

Rail Golem seems like a prime choice - it's use of Burning to power actions would seem to mesh nicely with Kaeris' Flaming Halo...


I'm not a massive Rail Golem fan myself. While it's not a bad by any stretch I find it a little swingy and resource intensive for my builds.

Isn't Howard only available via the Ramos starter set?

And, if so, wouldn't that put a big dent in your ToMB budget for a single model?

Also, if I may ask, what do you mean by "resource intensive" with respect to the Rail Golemn?

I was talking generally rather than ToMB. That said you could probably pick up the 'Miss Step' version inside the budget. Although Joss and Spiders may be worth it in the Kaeris crew as well.

The Golem's extra AP requires it to flip cards, and by extension cheat cards as well. You also have to manage the burning on it.

Compared to Howard who can just take and extra walk action via nimble, or discard a card to flurry. His abilities just work, the Golem requires management.