The UKGT - Washed Up


I'm typing this as I'm still coming down from an incredible weekend at the largest ever Malifaux tournament.  Mike, Matt, Lee and the rest of the guys put on a fantastic weekend of 'Faux for sixty-six players and I enjoyed every minute. Having the venue under forty drive minutes from my house was also a bonus.

This post is going to be a very quick high level of the event from my perspective.  I may drill into some specifics in later posts.

First I should congratulate the overall winner Ben Crowe with Outcasts, as well as John Wharton in second, and Graham Bursnell in third with Arcanists. It's good to see the podiums going to a range of different places in UK, another sign of the health of the game across the country.

The whole event was a blast and it was great to catch up with so many folks from around the UK for two days of great games and better banter.  The community took to the event in great spirit. With my first round opponent arriving late following some overindulgence I had to be re-paired.

On Saturday night most of us headed over to a local brewery for a private function in their bar. This gave some of us a chance to catch up with a special guest and living Malifaux legend Neverata (aka Jo). For those who don't know her, Jo can claim a significant part of the credit for popularizing the game in the UK.  Back in the day we attended many events together and I had a great time chatting and reminiscing about battles past. 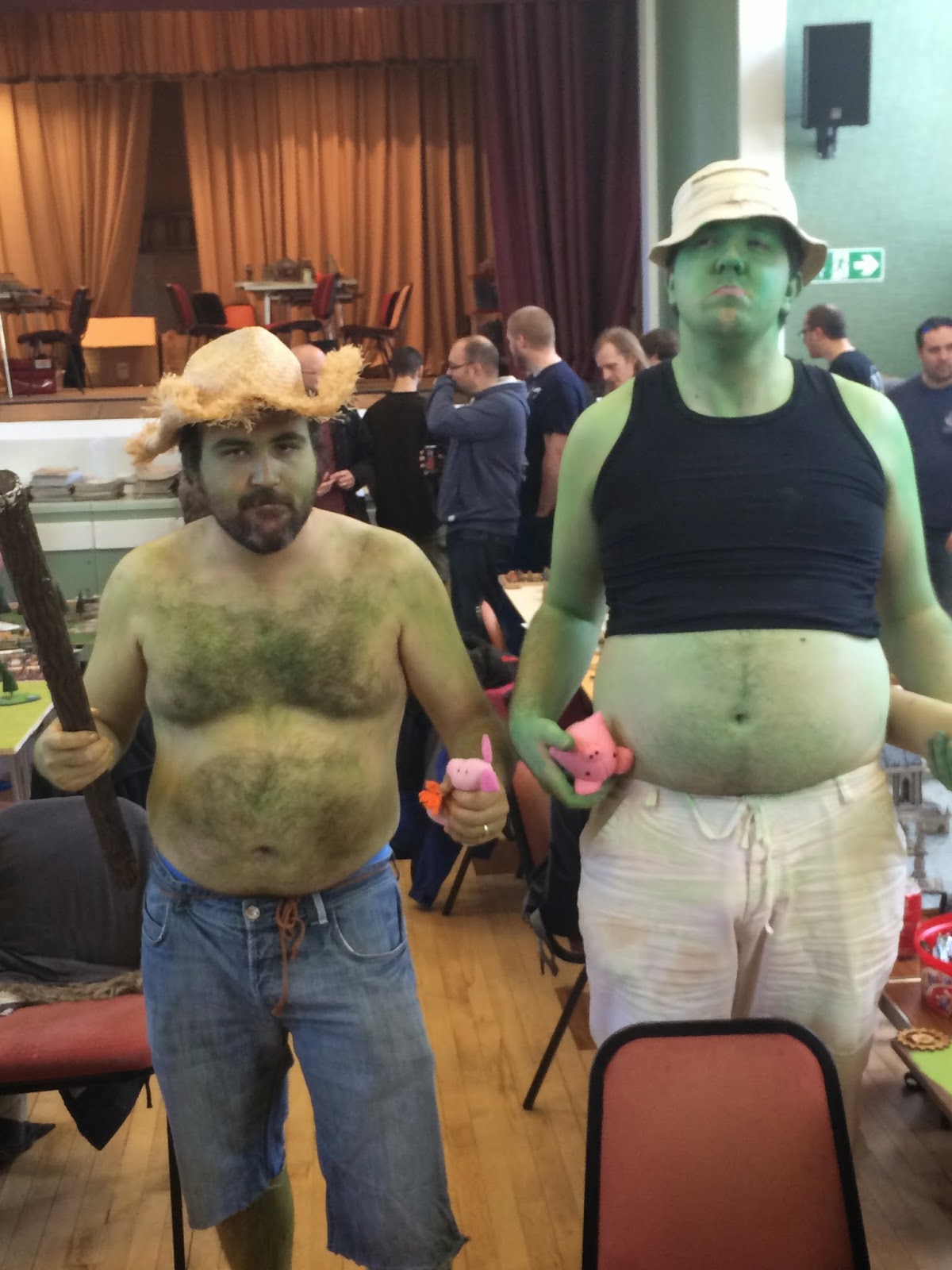 Sunday morning dawned and after a night at the local brewery a number of players looked as green as a gremlin, literally and figuratively.

My opponents across the weekend, most of who I'd never played before, were all great guys which seemed representative of the experiences throughout.

On the table I had a lackluster time, ending up 16th of 66 players with 11 TP and +3 Diff, from; three wins, two draws, and a loss. Hardly a stellar performance but not something I'm ashamed of, despite being repeatedly told I'm 'washed up' by a few players.

Naturally my thoughts run to all the twists of luck against me over the weekend but the truth is my play overall simply wasn't good enough. A pair of stupid errors turned my fifth round game from a win to draw. I chose one scheme incorrectly which cost me a victory point, and made a basic activation order error which cost me another.  Getting my game rate up again will smooth these errors over in the longer term.

My crew selection was also a little all over the place. I need to do more list building in advance so I've better 'default' options to tailor on the day rather than building complete lists on the fly.

In the end My only loss came to overall event winner and all round great guy Ben Crowe with Levi in Stake a Claim, and was always going to be a poor match up for me and I need to think about that in more detail.

For the UK scene all eyes turn to the Masters Invitational in January which fires the starting gun on the 2015 season and promises to have the best standard of Malifaux play anywhere, ever.

For myself I'm revitalized for the game and looking forward to a few events I have lined up before the end of the year and trying to decide which Arcanist master I want to try my hand at next. 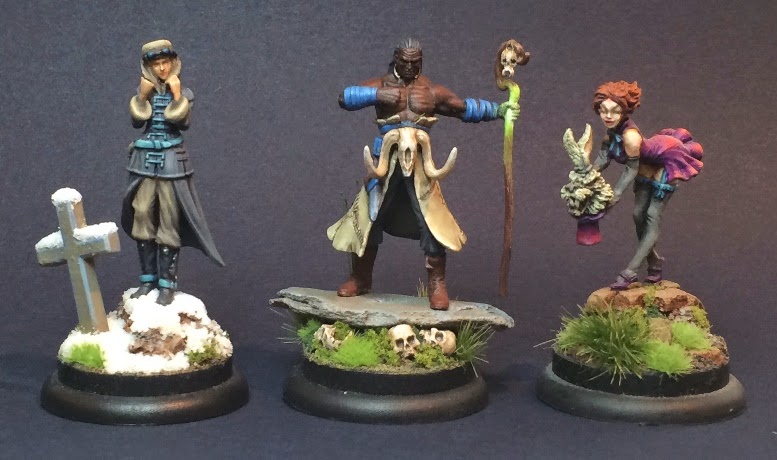 .
I'm torn between the three, although I'm leaning to the left pair of the trio above.

Great post. I think it's hilarious for people to call you (or anyone) washed up for coming 'only' 16th in a field that strong. Especially in the middle of the pack it seemed that specific round pairings had quite a large effect - win a game in one round and get paired with a very strong player, lose that one and find yourself up against someone less experienced...

I too had a wonderful time at the UKGT (my first, in fact, but surely not my last).