Tournament Time Management: So it is written

Last Saturday I got to my first tournament in a few months. Having been out of the game for a while I expected to be rusty and so made the trek north to the 'So it is Written' event in Sunderland with mindset that this was essentially three practice games.

To be honest I was a little apprehensive the night before the event, would I still enjoy the tournament game after so long away?

By the morning this had evaporated though and I was genuinely excited to catch up with people and push my toys around again.

On the table I avoided major blunders, but I didn't manage my time as well as I needed to. Time management in tournament games is a critical skill, and one I clearly need to work on, as it cost me at least 5 VP diff during the day.

With that in mind here are my top tournament time management tips;

Know what time it is:  Most TO's don't make regular enough time calls. Get a app on your phone, wristwatch, or a countdown timer for your tournament bag. Set it at the start of each round and check it regularly, That way you'll always know how you're doing for time.

Practice Timed Games:  The week before a big event it's worth getting one or two games in using the timing rules on the day, so you get the feel for them.

Plan for four turns:  You can't rely on getting all five turns into a tournament game, even if you play quickly enough you may have a slow opponent. Plan to be winning at the end of turn four and five.

Think about lists in advance:  Most events give the strategy and deployment for each round in advance, It's often helpful to make 'dummy' lists in advance of the event to use as starting points once you see; terrain, opponent, and schemes. This speeds up crew selection and helps you think about how you want to approach the game in advance.

This is also the main reason I'm keen for more events to publish scheme pools in advance, but that's a topic for another time.


Had I put these tips into practice at the event as well as I used to do  I would have done better at the event overall.  As it was I ended the event with on; a win, a draw, and a loss with zero diff. 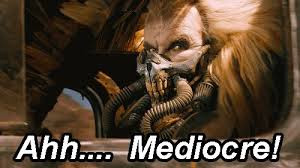 Still that's what I expected and I had a great time; free tea, good company, and three games of Malifaux. What more you could you want from a day?

If you've any time management tips when you're at events, please share them in the comments!