How to become a champion 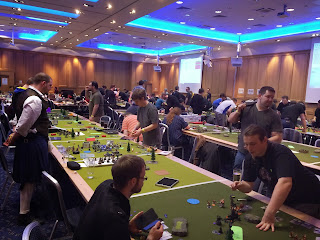 This weekend I'll be joining the other fifteen qualifying players at the Masters, one of the key events in the UK Malifaux calendar. This will draw a line under the 2015 competitive season, and crown the new UK master in the process.

Competitive play is once again in the spotlight, so I want to share a few thoughts on what I think we should be aiming for as players in 2016.

Competitive play encourages increased participation in a range of ways; creating opportunities to play, rewarding play, showing off (advertising) the game, and by creating champions for players to follow and emulate.

The men and women I'll be stepping into that room along side on Saturday morning have earned their places among the best players of 2015 and have nothing to prove. All of them are top players worthy of winning the title. That said it's important to understand that not every champion is in the masters, and not everyone in the masters is a champion. 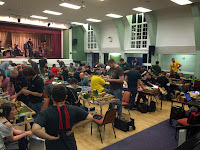 In my years playing the game competitively I've met many people who aspire to stand shoulder to shoulder with champions of the game. Much like many people misunderstand the purpose of competitive play, many also misunderstand how to become the such a champion. They make the mistake of believing the way to do this is win more games, more events, and ultimately be highly ranked and qualify for masters. This line of thinking can be counter productive, and detrimental to both them and the game.

In trying to win more games players can look for short cuts, looking to push the boundaries of the rules and acceptable behaviour. They're drawn to play only the most powerful options, pressing the same buttons by rote, chasing a win rate over fun, this narrows their understanding of the game, making their play brittle in a changing meta. 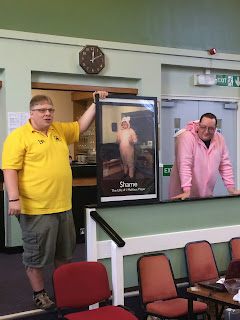 Over time I've come to realize that you don't improve by trying to win more games, you improve by learning to be better, and there's a big difference between the two. To ascend to the point where you're successful on the table, and respected by your opponents off it, you need to be good at game and good for the game.

It's only by improving as a rounded participant in the hobby that a player can hope to gain both the game skill and the respect of their peers necessary to be called a champion.

When you look at the true champions of our game; Joel Henry, Mike Marshall, Greg Piskosz, and David Brown, these aren't the people winning the most games or events.  These are the people who win without bending rules, who are always fun to play against, and who go above and beyond for the community and hobby we all love.

That's not to say victory isn't sweet, playing to win isn't noble, or success shouldn't be rewarded. These are worthy things, but being a champion takes more than martial prowess. it takes statesmanship.

So no matter if we're inside or outside the masters this weekend, and regardless of where we each aim to be this time next year; let's all aspire to be both better at and better for Malifaux in the 2016 Season.

Let's all aim to be champions. 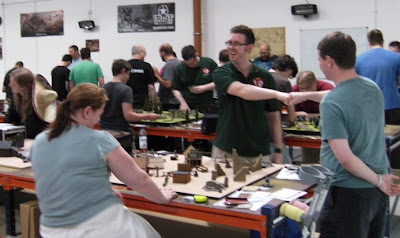 This is something I struggle with in Malifaux. As I attempt to become better in the competitive environment I tend to lose sight of having fun simply playing the game, especially when I'm losing. It's a fine balancing act that most struggle with and it's easy to fall into this trap.

A true champion understands it the struggle not the result. It's the greatest honor to compete and compete well regardless of result that makes the champion. The game should be fun for both players, challenging to both players so that in the struggle between them the champion is made. Beautifully said. Let's all be champions this year. True advocates and torch bearers for the game.

@ Joe - very put yourself their mate. Glad you enjoyed the post.