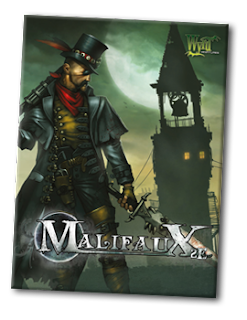 This weekend was the first second edition Malifaux event to be held in the UK. A quick three round one day tournament at the North West Gaming Centre in Stockport.  It was billed as a small release event and in the end nine of us arrived to do battle.

The atmosphere was relaxed with everyone just looking to play a few games and get up to speed on the new edition. In fact a good number of the players arrived with less than three games of second ed to their name and some were sporting no play time at all. So as one of the few in the room with any real knowledge of the game it fell to me to give an impromptu brain dump of all the changes between editions.


Brain dump over, and with an odd number of players I offered to take the bye in round one so I could answer rules questions and generally smooth the culture shock. This was good henching practice and I think I got most of the rules right.

Lunch followed and then we were into round two, my first round of actual play. I got to take on new player Richard with a Viks crew he'd borrowed for the event. The game was good fun and almost bloodless as I took out Taelor and a Desperate Mercenary early while Ramos fed the hired swords a few spiders in return without either of our main forces truly engaging. The game ended a slim 9-8 win to me. 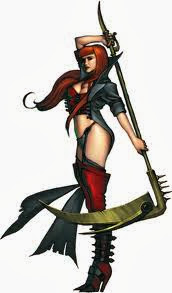 My final round is the one I want to talk about. I played veteran Aidan Kirk. I first met him about two years ago at a Malifaux tournament, also at NWGC, and he's a thoroughly nice bloke. I say this as inoculation against the fact he's a Lilith player. Boooo!

While no game ever hinges on a single decision I felt there was really key one to make here that I want to talk about;

Who is the attacker?

In most games of Malifaux it will advantage one player to force combat and the other to avoid it.

Understanding if you want to be attacking or avoiding* in a given situation is vital to winning the game. I've seen so many players lose games by making the wrong attack / avoid choices. Most players are biased and will default to one rout or the other. You need to be prepared to play both games well and at the right time to win.

The attack / avoid choice is often subtle, but always important.

Which takes me to this game. We were playing Reckoning with a scheme pool of; Assassinate, Break Through, Murder Protege and Plant Explosives. 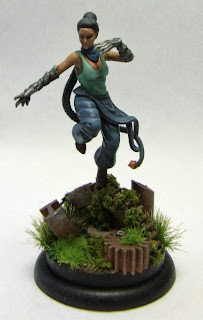 So here's my question: Should I have attacked or avoided, and why?

I think my decision contributed significantly to me winning the game.

You can post your thoughts below, PM me on the Wyrd Boards, tweet me @mythicFOX83, or email me james <at> mythicfox <dot> com. I look forward to hearing from you.  I'll post what I actually did in a week or so.

As I mentioned this game did end in a win for me, putting me at two wins an a solid VPD for the event (with my bye factored in).  I was please to have this land me second place behind team mate Craig 'ukrocky' Johnson. I also picked up best painted for my Mei Feng led Arcanists, which I'm very pleased with.

Afterwards I hung out and chatted with people. It was nice to see new faces who are very enthusiastic about the game. One player had even been sent by his wider play group to scout out how friendly Malifaux tournament players were to each other. I think we sent him back convinced that we're all friendly and welcoming people, which has always been my experience at Malifaux events.

So all round a good day. Roll on Malifolk!


*As a foot note, I use the term 'avoid' rather than 'defend' as we're really talking about encouraging or discouraging combat between crews, as opposed to resisting the enemies attacks as defending would imply.
Posted by mythicFOX at 07:00

I believe you would have been best off with a delaying action or in your terms avoidance. Till the later game as based on his schemes you know he would have to be aggressive you had one passive scheme, breakthrough and one active kill protege. He had 2 active schemes Kill protege' and assassinate. This means that committing to killing your protege by use of kang/mei would open you up to your opponent getting max points if you go on the attack too early. The lilths crew dmg potential is very high early in the game and prolonged combat with them isn't a sustainable strategy. Based on the win you likely denied assassination and were able to tie on kill protege whilst getting breakthrough. And pushing on main strategy. So the Key to winning this game was not to be overly aggressive with mei who can dish out a punch but has a hard time taking one especially with the high dmg and combats present in your opponents. build.

Thanks Rancor. It’s always interesting to see how other player’s see and think about the game.