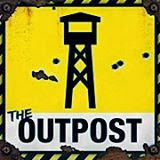 The first event was a one day event at The Outpost down in Sheffield. It's a good local venue, picture a GW store that has plenty of gaming space, sells non-GW products and doesn't constantly try and sell you glue like a creepy guy at the school gates.  I managed to break our TO Jimmy's winning streak at his own tournaments by coming in first, beating tournament travel buddy Ant Hoult in the final round.  The event was a lot of fun and I'm glad I made the effort to attend, especially as I was staring down the barrel of a full weekend event the following weekend.

This takes me to Scotland. For an English nerd to write about traveling to the frozen north beyond Hadrian's Wall at this time of year and NOT reference Game of Thrones will be challenging, but I'll try. 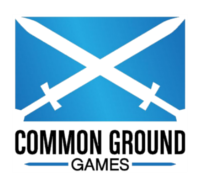 The weekend just past was the Scottish Grand Tournament, held at the Common Grounds venue in scenic Stirling.  The SGT is at once the first two day M2e event and the last two day event of the 2013 season.

I'd heard very positive things about the venue prior to attending and I have to say that when Ant and I arrived from a long car journey on Friday night it was all justified.  It's a great gaming space with a well stocked shop and the staff even got how I like my tea down to an art. Win.

Gaming proper began on the Saturday with three rounds of forty soulstone games. I played three fun games against three new opponents, playing; Lady J, Seamus, and Outcast Misaki. The latter of which is terrifying when she's out of soulstones.  I managed to get ahead in all my games and ended up on three wins with a +7 VPD.  Play of the day was sending a spider through the 6" no-score zone in Recon, forcing my opponent to choose between letting it pass or taking it on with Taelor, but in doing so losing control of a quarter of the board.  All my games were fun and my opponents great people.

Between this event and practice I've played probably half a dozen 40ss games now and it's an interesting format. I think perhaps the melee and summoning masters get an easier ride at this level than perhaps they should. I'll be playing in at least one 40ss event (Vapnartak) early next year so it'll be interesting to see how that thesis holds.

With the main event over I helped out adjudicating in the hardcore which saw Malifool's Mike Marshall triumph in this silly turbo format. At some point after the event it was announced the hardcore was ranked, which I though personally may have been uncalled for but maybe that's me.

A group of us from the event set off up a hill looking for a pub which served food. Soon we came across a pub which didn't do food but saw another one further up the hill which looked more promising. Several more promising pubs and much altitude later we abandoned that idea as to continue onward to the next pub atop Unknown Kadath we'd surely need Sherpas and oxygen. On the trek back to the lowlands, ever wary of Night Gaunts, we found a Chinese.

Day two would dawn over Stirling with me in second place, a way behind top ten ranked player Paul Campbell's Thunders Lynch crew on VPD. Lynch isn't a master I get to play against often, and knowing I'd be facing him round one the next morning I spent a good hour that evening with Ant dissecting how to bring my best possible game.  This is something I love about tournament play, the discussion and dissection of lists, talking about play and counter play with other like minded individuals. After much discussion I settled on some changes to my list ahead of the following day.

With confidence of my preparation the night before I managed to bungle my deployment and some of my early turn one plays. Fortunately I don't think Paul had much Ramos experience and I managed to hold on to the match by my fingernails and take a draw from the game.

With both myself and Paul still top two on TP going into the final round it would come down to the last game of the weekend.

My final round opponent was a fellow Malifaux tournament veteran, Aidan Kirk.  We'd played recently when I'd managed to get ahead of his Lilith crew.  The game was turf war and I managed to lock in 3vp early with a reactivating Miss Step planting the necessary explosives to put me ahead. I sealed the win in the opening moves of turn three by predicting he had Vendetta between Miss Step and Barbaros. I foiled this with an expensive Uncontrolled Detonation from Ramos, probably the first time I've ever cast that spell in anger. This left two points out of Aidan's reach and he didn't have the tools to deny me full points for Distract or Turf War.

Meanwhile on the next table over on table one Ant managed to beat Paul, meaning my four wins and a draw were enough to put me in first, with Ant's four wins and a loss putting him in second, and Paul took the final spot on the podium.

The event was rounded out by an unexpected win for me in the Best Painted Crew category, which I was very pleased with. It's worth mentioning the trophies for the event were AMAZING:

I'm proud to have three of these on display at my home club. A big thanks to Dave for putting on a great event and all the Scottish players for the great games and their warm welcome. All in all it's been a successful two weekends, not just for me personally but for the UK Malifaux scene in general.

This weekend coming is the Fist Full of Fate event, aka Joel-Faux, will round out the UK Tournament season for 2013. Afterwards I'll do an article on my thoughts about the Wave 1 scene and a look forward to 2014.

All event photos care of Dave Kerr Smith.
Posted by mythicFOX at 06:00