The UK Masters was this weekend, there's already a lot of great coverage of the weekend on twitter (see my last post) and on the new show from the Malifools; Fools Daily so I'm going to keep this short. Masters is at once the end of the previous year's season and the first of the new year.

My weekend began by driving a car I'd owned for less than an hour on a 125 mile road trip to Craig 'ukrocky' Johnson's house to rest up the night before the event. I awoke on his sofa the following morning to tipple threat of; winning a signed rules manual on facebook, the forum demanding I do some moderation and a hamster trying to kill me.  Needless to say this led to some confused early responses. 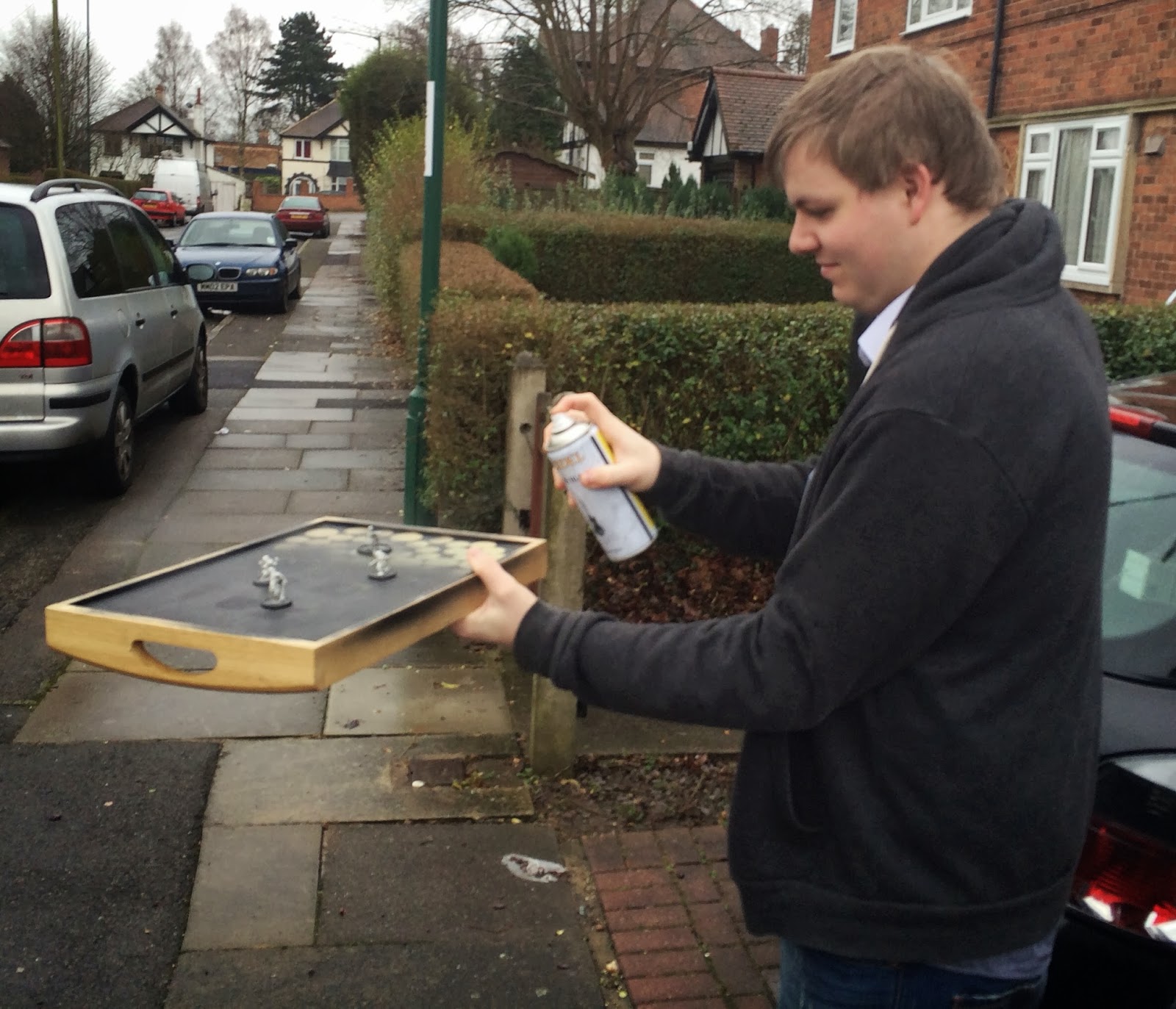 Once awake and after my tournament companions had quickly undercoated some models required for the day's play, we set off. This was my third masters and as always the atmosphere was phenomenal. It was great to see a number of new faces experiencing the event for the first time. To players who've never experienced the level of play at a masters event it's hard to describe.  These were some of the toughest and most enjoyable games of Malifaux I've ever played, and judging by conversation with new players and old hands alike I was far from alone.

I made it through the group stage on Saturday before succumbing to Luke Cocksedge by a point in extra time of the quarter finals on Sunday. I was thrilled with the weekend and it only remained for me to watch Craig be crowned UK master, beating Greg Piskosz into second place.  Greg is a newcomer to the scene and a great player, and also the only other player to beat me over the weekend.

Some comment is being made of the fact all four finalists had Lynch with them, if not necessarily using him for every game. While I'll admit he is clearly very strong I think this may have been helped by the knockout quarter final game of Turf War being played with the scheme pool; Vendetta, Make them Suffer, Bodyguard, and Assassinate. This pool is a nightmare for a number of crews but works well for Lynch and this may well have contributed somewhat to the results over the weekend.

For my own part the event exposed some key weaknesses in my game I'll need to plug if I'm to remain at the top tables much longer.  I've been relying on Ramos too heavily and need to branch out more to cover those few games he's ill equipped for. I also need to broaden my crew selection before SmogCon, and want to experiment with a more aggressive version of Ramos.

I should also say a big thanks to Dave Brown for running the event, everyone who played in the open event on the Sunday, and the event sponsors;

I use products from all three of these companies and have never had anything but a great experience with them.  So that's me signing off for some much needed sleep and hobby time.

The best on line casino bonus will rely totally on your play fashion and preferences. Slots players will love free spins, however reside on line casino players will likely choose matched deposit bonuses. Free spins on a slot machine may appear to be a easy and efficient method to make financial institution using your online on line 안전바카라 casino welcome bonus. But, although it is possible to strike it fortunate, it’s important to maintain half an eye on the wagering necessities within the small print. The bonuses and promotions are also superb, and you’ll ready to|be succesful of|have the power to} seize a welcome bonus price a lot as} $1,000 at the on line casino, sportsbook, and poker platform.